Very first "first-author" paper of my PhD student Anna Mrazova was published online today. The manuscript was part of her Master thesis, and was published just 6 months after her defense. Congratulations to this good start!

The paper I participated on and was published in Science gained some public and press attention. I was country representative and media contact. Here are some links to press articles (in Czech only):
In Ekolist - Česká vědkyně se podílela na unikátním výzkumu. Klíčovou roli hrály housenky z plastelíny
﻿In National Radio (Cesky Rozhlas) - Afternoon guest (Odpoledni host)  21.7.2017
In National Radio (Cesky Rozhlas) - Leonardo 20.7.2017

By 1st of March 2017, my Laboratory of Multitrophic Interactions started its existence officially under the Department of Ecology at Institute of Entomology of Biology Centre CAS.

Writing, writing and writing in progress. Besides my own activities, I am very proud of Anna Humlova, who defended her Master thesis in December, was accepted for Ph.D. studies and developed her project over the winter. Our Bachelor student Adela Kotounova successfully defended her thesis on Functional diversity on Melanesian birds in spring 2017 and left our laboratory.

Here we are posting some photos form our trip to Toulouse to visit Christophe Thebaud and to ATBC in Montpellier. I was giving both oral and poster presentation about my own work and work of my student Anna Humlova. The meeting was really great and enjoyable this year and I can't wait for next year in Mexico.

Nearly all my students are back in the field after the exams. Anna is hard working on bird-caterpillar experiments in Czech Republic. Peter and Bulisa are getting ready for difficult field trips starting early next week, and Richard is already 3 months in harsh conditions of Mt. Wilhelm gradient. Only myself and Adela are working from offices, and I will be heading to France for ATBC conference later next week. 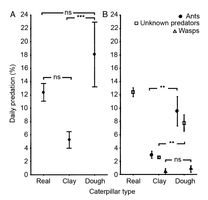 In communities of tropical insects, adult abundance tends to fluctuate widely, perhaps in part owing to predator–prey dynamics. Yet, temporal patterns of attack rates in tropical forest habitats have not been studied systematically; the identity of predators of insects in tropical forests is poorly known; and their responses to temporal variation in prey abundance have rarely been explored. We recorded incidence and shape of marks of attacks on dummy caterpillars (proxy of predation rate) in a sub-montane tropical forest in Uganda during a yearlong experiment, and explored correlations with inferred caterpillar abundance. Applying the highest and lowest observed daily attack rates on clay dummies over a realistic duration of the larval stage of butterflies, indicates that the temporal variation in attack rate could cause more than 10-fold temporal variation in caterpillar survival. Inferred predatorswere almost exclusively invertebrates, and beak marks of birds were very scarce. Attack rates by wasps varied more over time than those of ants. Attack rates on dummies peaked during the two wet seasons, and appeared congruent with inferred peaks in caterpillar density. This suggests (1) a functional response (predators shifting to more abundant resource) or adaptive timed phenology (predators timing activity or breeding to coincide with seasonal peaks in prey abundance) of predators, rather than a numerical response (predator populations increasing following peaks in prey abundance); and (2) that predation would dampen abundance fluctuations of tropical Lepidoptera communities.

We were excited to be able to attend "GTO" conference again, this time in Gottingen in Germany. I managed to prepare three presentations - one talk about my exclosure experiments, and a poster about my older work from elevational gradient. The third talk given by me was on behalf of Bo Dalsgaard who was not able to attend. In total, 10 participants from our department had 10 talks and 1 poster. Symposium organized by me and co-chaired by Marcell Peters was so large it had to run for two days.

Below, you can also download my talk and poster, and talk of my student Anna Humlova. 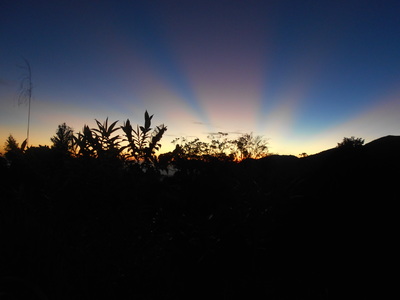 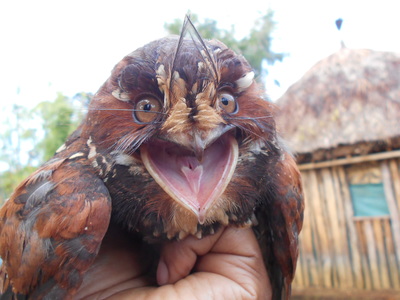 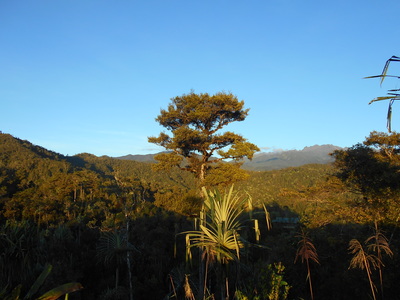 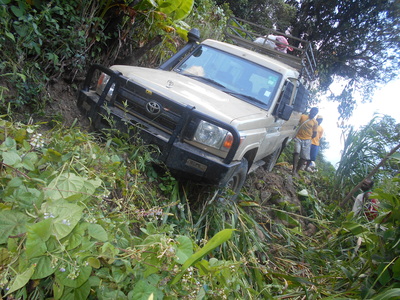 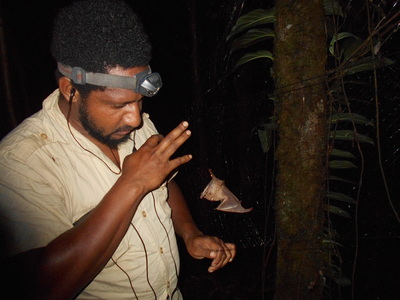 Lucia finished her Master thesis in late August, and she waits for her evaluation now. We are also about to collect her last and problematic study site in late September, and get additional data ready for her publication.

New publication for second half of year 2014 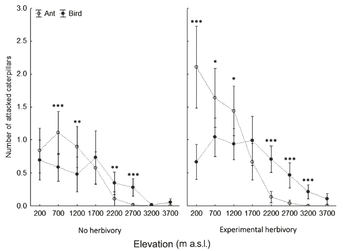 Parasitic and predatory arthropods and insectivorous birds are among natural enemies of the herbivorous insect which can prevent plants from being severely damaged by herbivores. Recent studies show that plants suffering from an attack by herbivores can actively reduce the number of herbivorous insects by attracting predators; this phenomenon, known as ‘plants crying for help’, is due to a tritrophic interaction, in which the damaged plants are more attractive for natural enemies of herbivores. Signals given off by plants to alert predators to herbivore attack may provide exciting examples of coevolution among organisms from multiple trophic levels.
We examined whether signals from mechanically damaged trees (simulating damage by herbivores) attract predators of insects along a complete elevational rainforest gradient in tropical region, where various predators are expected to occur at particular elevational belts. We studied predation of artificial caterpillars on trees with and without ‘herbivorous’ damage; as well as diversity and abundances of potential predators at eight study sites along the elevational gradient (200–3700 m a.s.l.). We focused on attacks by ants and birds, as the main predators of herbivorous insect.
The predation rate decreased with elevation from 10% d-1 at 200 m a.s.l. to 1.8% d-1 at 3700 m a.s.l. Ants were relatively more important predators in the lowlands, while birds became dominant predators above 1700 m a.s.l. Caterpillars exposed on trees with herbivorous damage were attacked significantly more than caterpillars exposed on trees without damage. Results suggest that relative importance of predators varies along elevational gradient, and that observed predation rates correspond with abundances of predators. Results further show that herbivorous damage attracts both ants and birds, but its effect is stronger for ants.